Hi,
I’m using in my organization Nexus Repo Manager 3.41.1 (just upgraded!!) and I noticed a large mismatch between the size reported by “Blob storage” UI screen and the actual size on disk: 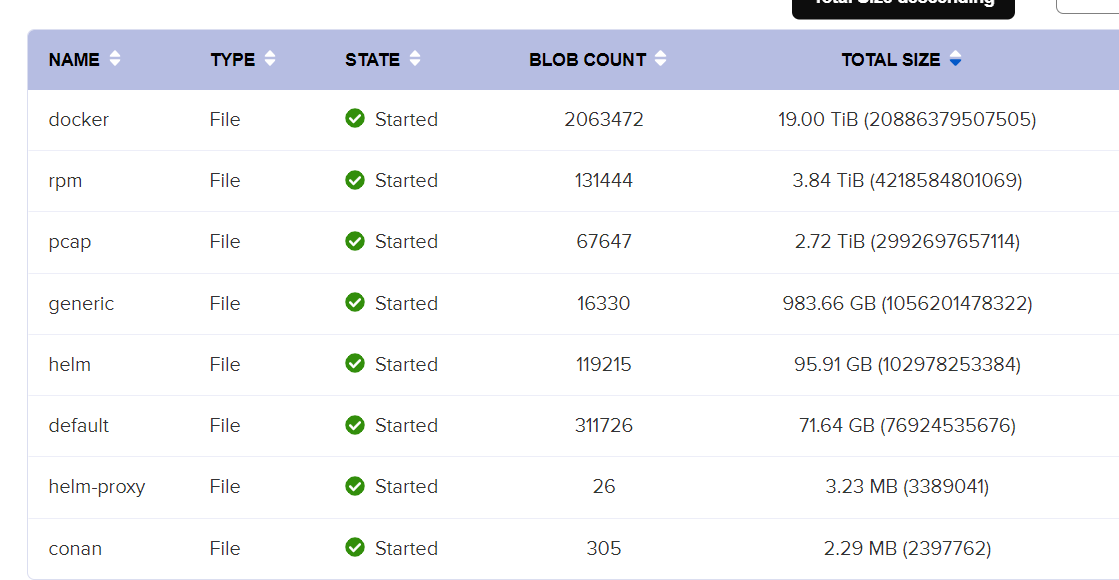 while “du” and “df” are reporting (note that NRM runs as a docker mounting /storage as /nexus-data folder:

In other words the UI reports roughly 26.56 TB while df/du are reporting 35TB of disk usage… so there is a ~9TB difference (!!)

Since docker blob store is by far the largest one I tried running the following “tasks”:

Also note that I set some “aggressive” (as far as possible) cleanup policies on all docker repositories (hosted and proxy) but I cannot delete much more data. And actually if I could bring down the disk usage to 26TB (as reported by the UI), I would be fine (the disks have 36TB totally available)… my problem however is that we are at 99% disk utilization and I cannot explain why.

What do you suggest? Is there any export procedure to move somehow the blob storage on another server and then re-import them back ? My feeling is that there are “orphaned” docker images that Nexus does not clean up so my wild guess is that if I can export the images, clean the whole /storage/nexus-data/blobs/docker and finally import back the images, such orphaned docker images would disappear (but perhaps I’m wrong)

Thanks for any hint!!

It looks like you are hitting this open bug. [NEXUS-17740] blobstore Blob count and Total size are sometimes incorrect - Sonatype JIRA
You can watch it to see when we work on fixing the bug and vote on it to help us prioritize.