Needed permissions to allow users to change their own password?

I’m trying to add a permission so that users can change their own password, but the permission matrix in Nexus is a bit overwhelming for someone who’s used to RWX only.

I believe the privilege you’re look for is nx-userschangepw 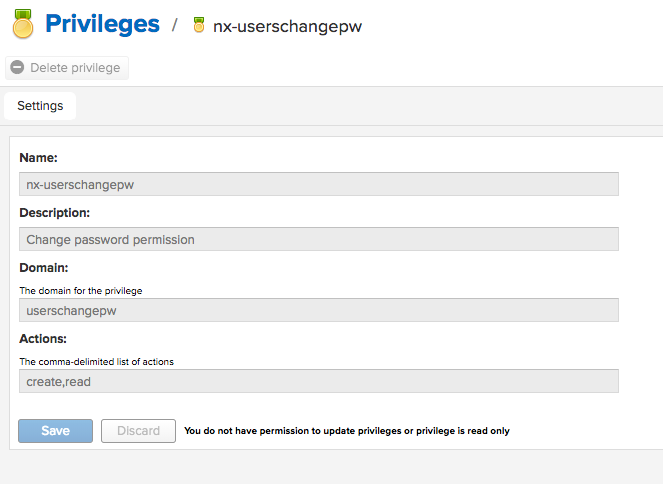 You’ll need to add that privilege to an existing role or create a new role, and then assign that role to the user.

Give that a shot and let me know if it works for you.

I’ll try that when I get to work tomorrow, thanks!

Hi All,
Our issue is the opposite of what Snorre Selmer originally posted.
We are running Nexus 3.39.0 currently. I found the permission what you mentioned, but it’s not assigned to any role. We have created a capability to assign a default role to all users, but that role currently has no permission.
Would it be somehow possible to disable password change for users in the local user directory?