How can I exclude the blocked package from the group metadata?

For most (all?) formats you should be able to use the routing rules to block access to the metadata as well.

Thanks, @mpiggott, does that allow to block at the package level? We need the overall metadata for that repo, just not for the package in conflict.

No its all or nothing. The intent of the feature wasn’t to blacklist individual versions.

Sorry, I meant the package including all it’s versions, but not the overall repo. Is that possible?

@mpiggott I’ve tried adding a block to both the pypi package and metadata, but that isn’t working. Am I applying your suggestion correctly?

Here is the configuration: 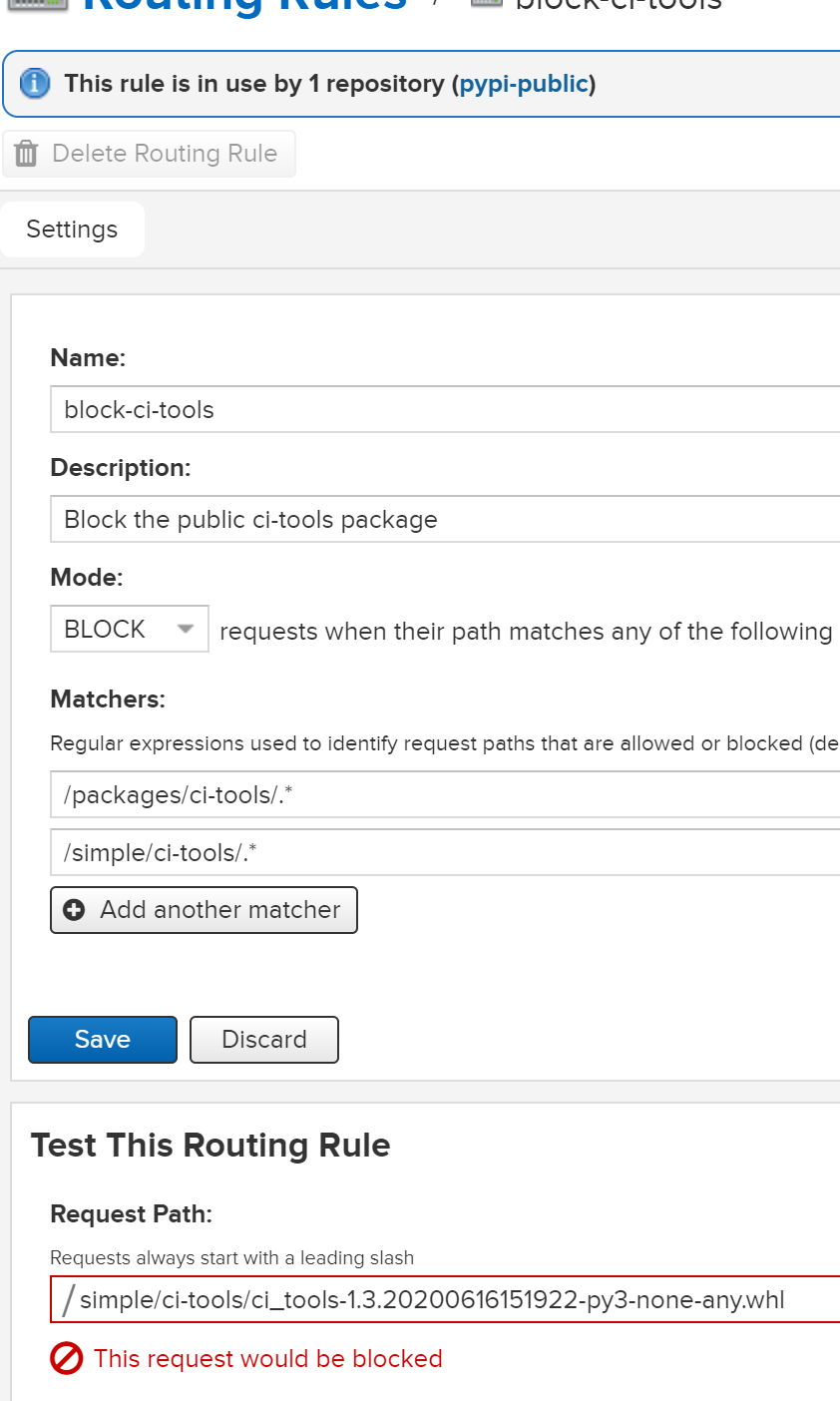 yet Nexus is still allowing it:

Okay, figured it out…just needed to invalidate the cache for the proxy and group repo.