Want to save latest timestamp and build number for jar 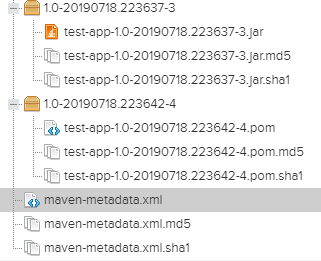 Problem solved. It was simply a matter of changing the order of the artifacts in my Jenkinsfile which describes the pipeline process.

You may want to change your build so you have a consistent timestamp. I suspect downstream maven builds would also have difficulty consuming artifacts spread across timestamps.